A new draft policy outlining proposed tax benefits for the tourism sector, along with proposals for the long-awaited amended Tourism Development Act (TDA) should be presented to Parliament for approval within two weeks.
And once passed, hoteliers and those in the food and beverage industry could enjoy a number of incentives and tax ease. However, the Barbados Hotel & Tourism Association (BHTA) is not yet rejoicing, but is still in a wait-and-see mode.
Despite numerous calls from players in the tourism industry for Government to speed up the actual implementation of items to the second schedule of the TDA, a reduction of the VAT rate for the direct tourism services (DTS) companies, as well as other promised incentives, the Government has been slow in its implementation.
And since the Sandals Group benefited from a number of concessions from Government last year, calls have been intensified for similar concessions to be given to local hoteliers.
Responding to questions after an update on the economy recently at Government Headquarters, Minister of Finance Christopher Sinckler gave the assurance that with the new policy local hoteliers would be getting some concessions, but they would not be the same as those given to Sandals.
Adding that the draft was “at an advanced stage of preparation”, Sinckler said the concessions “will be captured in a policy of the Government and it will be announced, along with the adjustments [to] the TDA”.
Sinckler added that “90 per cent of what Sandals got hotels here were already getting and had access to”. However, in a prepared statement, the BHTA said that was “not accurate”. The BHTA said hoteliers did not have duty-free concessions on all consumables at this time, but only on a list of items contained within the second schedule of the current TDA.
“If, in fact, the hotels actually receive 90 per cent of all the Sandals concessions then the remaining ten percent should not be too onerous for the Government to be able to grant the sector,” said the BHTA.
Regarding the amendments to the TDA, the BHTA said: “It is hoped that the inclusion of all consumables will feature within the revised act together with the concessions for duty-free food and beverages”.
Applauding both Sinckler and Sealy for their time and effort in coming up with “a solution for the betterment of the sector”, the BHTA said it was looking forward to receiving the amended TDA “in the very near future”.
The BHTA said in relation to the VAT (Amendment Bill) 2013 those regulations were being finalized with the VAT Division and the Ministry of Tourism and International Transport. “Correspondence has been submitted to the VAT Division containing a range of questions regarding the workings of the VAT (Amendment Bill) 2013 and we are awaiting clarity on these points so that the companies can move forward with their registration and licensing”.
That amendment bill laid out a number of regulations and requirements that the DTS companies would need to comply with in order to be able to reduce the rate of VAT for their services from 17.5 per cent to 7.5 per cent.
“The lowering of the rate of VAT will most certainly assist the attractions and other DTS companies in allowing them to offer their services at a reduced rate and it is hoped that this will assist in driving further business,” the BHTA said.
(MM) 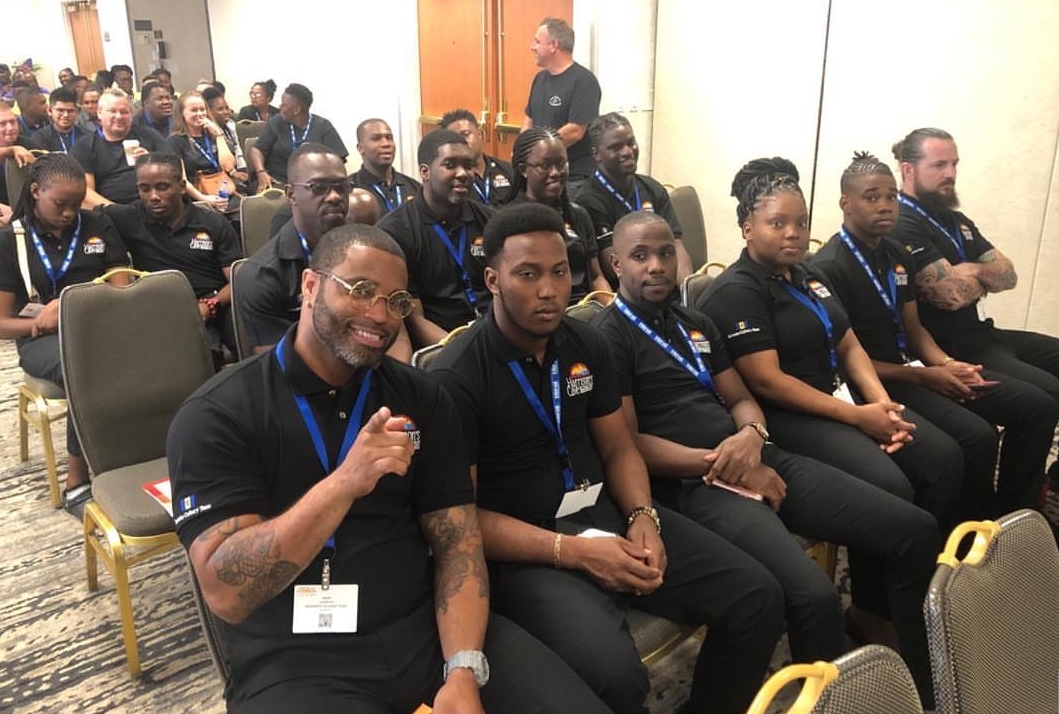 2019 Barbados culinary team off to Miami

The 2019 Barbados Culinary Team left on Thursday for Miami to represent the island at this year`s Caribbean Hotel and Tourism... Children learn the benefits of the Blue Economy

Education and promotion of the island’s blue economy from an early age will be the driving force towards advancing... Tourism officials are concerned that crime and violence and harassment of guests could deal a major blow to an industry that...

Sharp falloffs in the value of the British pound due to uncertainty over Britain’s departure from the European Union could...