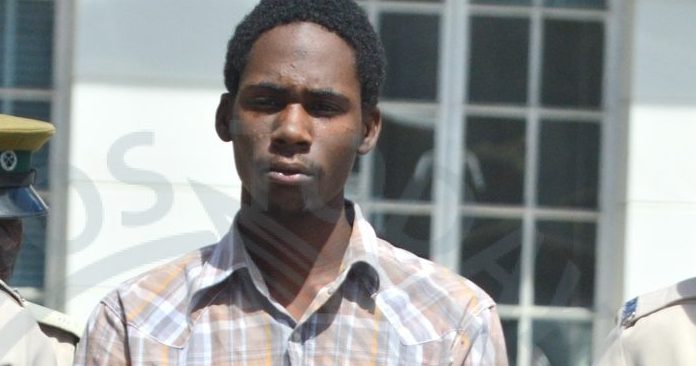 Murder accused Romario Antonio Roach made his second court appearance today and was remanded to HMP Dodds until March 6.

The 18-year-old appeared in the District ‘A’ Magistrates’ Court this morning before Magistrate Kristie Cuffy-Sargeant in connection with the unnatural death of 68-year-old Tyrone Austin, of Free Hill, Black Rock, St Michael. Austin’s lifeless body was discovered in a bushy area at Wanstead Gardens, St James on December 18, 2018. The teen is also accused of committing two other murders and will reappear before Magistrate Wanda Blair in the Holetown Magistrates’ Court on February 28.

It is alleged that he murdered his mother, 38-year-old Joann Roach, of River Bay, St Lucy, whose partially decomposed body was discovered in a watercourse in the same area on Monday, January 21.

He is further charged with the unnatural death of 68-year-old Dr Sarah Sutrina, of No. 124 Wanstead Gardens, St James whose mutilated body was discovered on Tuesday, January 22, at Ocean Estate Northumberland, St Lucy.