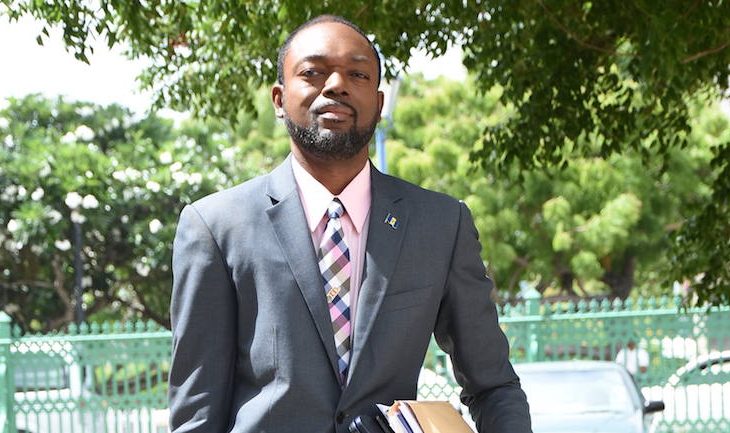 St Peter MP Colin Jordan has called for the reopening of the Alma Parris School, which catered for children with learning difficulties.

Speaking in Parliament during debate on a supplementary appropriation of $175,000 for the Ann Hill School, Jordan acknowledged that while reopening the St Peter school “will call for some good funds”, given the Government’s current financial constraints, it is important to the Labour Party’s mandate that no one should be left behind. that no child is left behind.

The Alma Parris School was opened on September 25, 1995 to create an environment for children who scored less than 30 per cent on the Common Entrance exam to learn at a slower pace.

But it was closed in 2017 following reports that it had received no new students in the previous two years.

Jordan, the Minister of Labour, also appealed to non-Governmental organisations to consider partnering with Government to reopen the school.

He declared: “This is a Government that believes that everybody should be taken along.

He added that Government cannot allow for situations where anyone living with any kind of disability is not allowed to realise their full potential.

Jordan said: “The maximum is going to be different for different people, but everybody needs the opportunity to be able to develop.

“The Alma Parris School was one of those institutions that allowed for it, and we in St Peter, in Barbados generally, look forward to the time when that school will reopen and cater for the children who need that kind of facility.”

She commended those who are already playing their part and urged others to come forward.

Forde, a veteran educator, said: “I had the privilege of meeting with about ten of them on Friday and the work they are doing is phenomenal.

“And therefore I want to encourage more of our NGOs to be recognised and to come on board because we need the synergies.”

She told Parliament she was pleased that schools are catering to more children with special needs, but more work needs to be done.

“We need more resources, whether it be monetary, physical plant space, playing fields, musical instruments, manipulative apparatus to be able to help them, especially with the technology,” Forde said. One month after shutting down the Warrens branch of Pages Bookstore, operators of the rebranded Bridgetown Duty Free retail...