Cameron is the man - Barbados Today

Home / Cricket / Cameron is the man 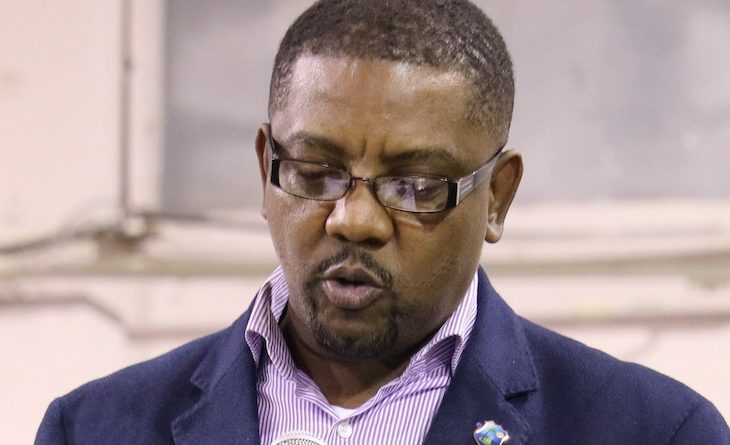 The West Indies and the smaller cricket-playing nations need someone in the corridors of power at the International Cricket Council (ICC) to represent their interests. And president of the Barbados Cricket Association (BCA) Conde Riley this morning endorsed former president of Cricket West Indies (CWI) Dave Cameron as the ideal man for the job.

“One of the things that needs to be looked at is the distribution of money paid by the ICC to it members. We need someone who has the interest of West Indies’ cricket and the smaller countries to put a case to end a situation that is unfair. Someone that has our interest at heart, Cameron has the skills to function in the capacity of chairman of the ICC,” Riley said while speaking at a press conference at Kensington Oval to announce the start of the BCA’s domestic season.

He pointed out the huge disparity in the monies received by the Board of Control for Cricket in India (BCCI), the  England and Wales Cricket Board (ECB)  and Cricket Australia (CA), compared to other countries.

“The BCCI receives about $409 million, the ECB over $120 million and CA gets a similar amount,” Riley said. He stressed if the ICC continued to distribute funds in such an uneven way the smaller nations could die because they will have less money for investment.

“Mike Atherton the former England captain wrote an article in the Sunday Times last weekend that pointed out the uneven method used by the ICC to distribute funds to its members. This sort of disparity in relation to the distribution of funds  is  grossly unfair. Unless we have someone to stand up in the council of the ICC and say there must be a more equitable way in the way things are done, the situation will never improve,” the former investment banker said.

“India has a pay-per-view cricket audience of over four hundred million viewers and yet they are also receiving the largest payout from the ICC. How can that be fair? Money is important for the countries to finance their programs. The BCA was able to develop our programs over the years based on money we receive from the lottery, but the same cannot be said about some of the other territories in the region. The only way the disparity in the funds being paid out by the ICC to the smaller counties will stop is when we have people in place to look after our interest whether it be Cameron or Deryck Murray (former Trinidad and Tobago and West Indies wicketkeeper),” Riley said.

When asked if the decision to endorse Cameron for the post of ICC chairman should be made by the shareholders of CWI, Riley said. “It should be but we will wait and see.”

He acknowledged that when India visit the Caribbean over $30 million goes into the coffers of CWI. “Therefore, I don’t expect anything will be done to upset the Indians,” Riley said.

On the subject of the report of the Independent Task Force For Governance Reform in West Indies cricket which was handed in to CWI recently, Riley explained the BCA had put together a committee under the chairmanship of Gregory Nicholls, the head of the BCA’s Legal Affairs Committee, which will examine the submissions of the Task Force and report back to the BCA’s Board.

“After this is done, we will submit our response to the recommendations of the Task Force which was headed by Senator Don Wehby of Jamaica, to CWI. I hope this can be done within a month. I was a member of CWI’s board when the Patterson Report was handed in, about 85 per cent of the recommendations in that report were adopted. Some of the recommendations in the Wilkins Report were implemented.  The only report [Barriteau] we did not accept was to put a council of 20 persons on the top of the directors of the Board. This is a model used by governments that fund cricket in their countries. Governments in the West Indies don’t fund cricket, they talk about it but they don’t do it. When you look at organizations in the Caribbean that have councils imposed upon them, their outcome is similar to LIAT’s,” the outspoken cricket administrator said.

The ICC chairman Shashank Manohar stepped down last month and Singapore’s Imran Khawaja is currently the interim chairman. Among the likely candidates for the ICC chairmanship are India’s Sourav Ganguly, the president of the BCCI, Colin Graves, former ECB head, and Cameron. Cameron is the only one who has officially thrown his hat in the ring for the big post. He is backed by United States Cricket Hall of Fame. But for him to have any real chance his first challenge would be to garner two full members to nominate him.

Following the acrimonious campaign to select a president and vice-president for CWI that saw Ricky Skerritt and Dr Kishore Shallow assume the top posts last year, neither has shown any inclination towards supporting Cameron’s bid. Speaking on a radio programme last month, Shallow stated that if it was up him, he would not recommend Cameron.

It is believed in some quarters that Englishman Grave is likely to get the CWI’s support ahead of Cameron.

2 Replies to “Cameron is the man”