The upcoming winter tourist season brightened again this week with the advent of another flight out of the UK on the heels of an inaugural service from continental Europe.

On Wednesday, Ireland-owned Aer Lingus flew an Airbus A330-300 directly out of Manchester to the Grantley Adams International Airport to much fanfare, with some 187 passengers including Milton Inniss, High Commissioner to London.

The aircraft, which has 287 seats in economy and 30 seats in business class, will operate a twice-weekly service until early November, then increase to three times per week and operate until April next year.

This is the second new flight within one week that the popular tourist destination welcomed out of Europe. On Saturday, the Dutch airline KLM had an inaugural flight to Bridgetown from Amsterdam.

These flights will add around 20,000 seats from Europe to Barbados over the next five months. Barbados also has several flights from Virgin Atlantic and British Airways out of the UK.

On arrival, Aer Lingus guests were greeted by the Barbados Defence Force Zouave band, stilt walkers and a steel pan performance by Band One.

After presenting the Aer Lingus pilot and co-pilot with a special commemorative plaque, Minister of Tourism and International Transport Senator Lisa Cummins told journalists that the introduction of the Ireland-based airline was very special because this was the first flight for the airline out its new hub in Manchester.

“We are really excited . . . and we are looking forward to being able to have a strong winter season going forward with our existing partners,” she said.

The arrival of the new direct service should serve to bolster the positive outlook for the winter tourist season, which is backed by the UK’s removal of an entry test.

Senator Cummins recalled that within hours of the UK shift of Barbados from its orange list to the green list on the traffic light system earlier this year, the bookings out of that main source market to Bridgetown skyrocketed some 400 per cent within hours.

“We have not seen any cessation in bookings for Barbados. In fact, my understanding is that for the majority of partners in the industry our occupancy rates are high. They are certainly in excess of 70 and 80 per cent and some properties are actually full,” said Senator Cummins.

She pointed out that some 2,000 passengers were being processed at the GAIA daily, with most aircraft coming in between 90 and 100 per cent full.

Senator Cummins told reporters that with flights coming to the island almost full, “the fact is that they [the people] are staying somewhere in our hotel industry”.

She explained that while some hoteliers have been reporting cancellations due to the sluggish vaccination rate in Barbados, this was not the case for the majority, adding that in many cases new bookings were making up for cancellations.

Senator Cummins said: “[The] majority of them are reporting that they are seeing very positive outlooks for the winter season. In fact, some people have said that September even is traditionally a really weak month for the tourism industry but this year it actually performed quite well.

“So despite the pandemic and despite the challenges that we are seeing I think what is important is that we maintain that optimism and confidence and ensure that people are able to benefit from the kind of airlift that is coming back into Barbados and the opportunities for people to get back out to work that they bring with them.”

The tourism minister who declined to comment on any other issues relating to travel and the impact of the COVID-19 pandemic, said in a matter of weeks she would be revealing a new air services agreement that has been signed, paving the way for more flights to the island from other destinations.

She said: “What we are looking at is diversifying where we are bringing visitors from and expanding our reach. So you will see a lot more of that coming from us in the next couple of months and certainly in the next year.” (MM) 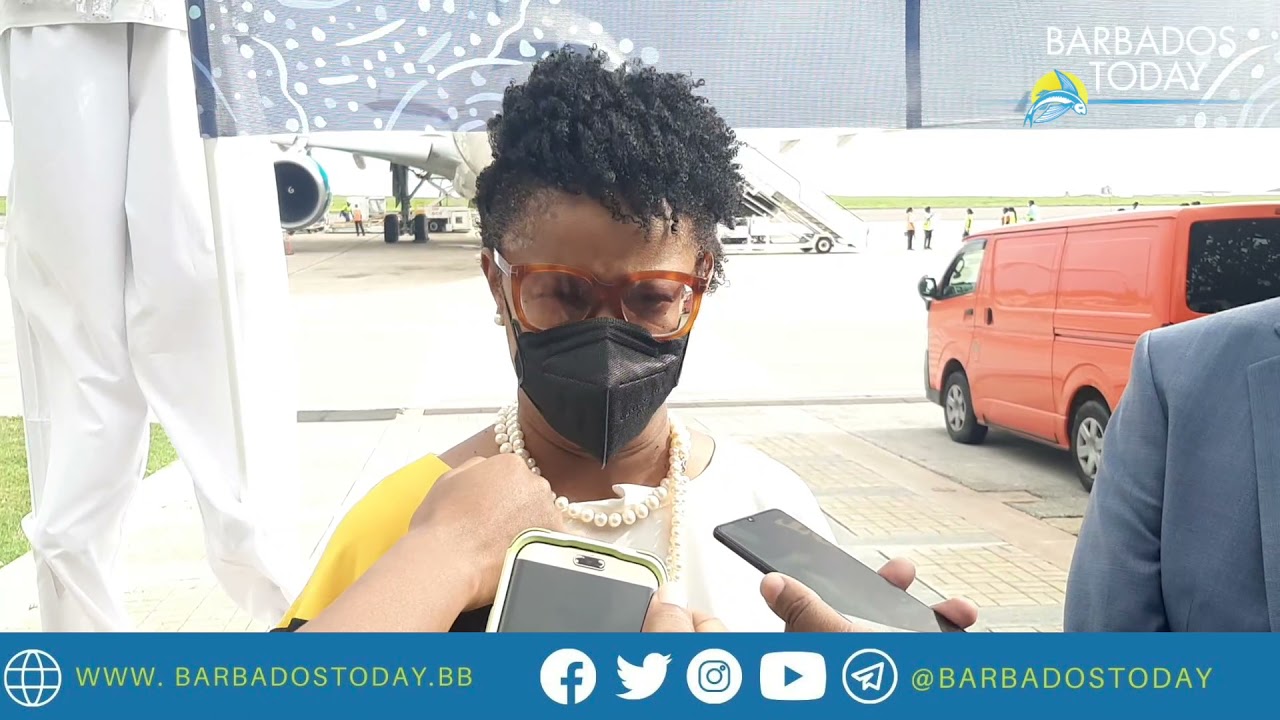