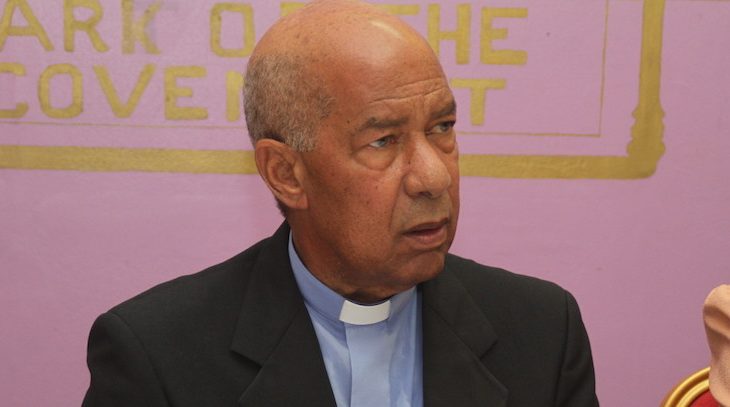 Glowing tributes were paid across the political divide to former Member of Parliament Reverend Dr Joseph Johnny Tudor who died at home on Wednesday. He was 73.

The Democratic Labour Party (DLP) said it was saddened to learn of the passing of its former member.

It praised his contribution, describing him as a politician who understood that his mission was to serve.

“He served his constituents faithfully and diligently,” the DLP said.“His philanthropic work was legendary and there is much he did for others that never made headlines. There are persons in the constituency who still speak of the work he did.”

Noting that Tudor lived and breathed politics, she said he was never afraid to take on any opponent, and she praised his service to others.

“And whether he was representing himself or his constituents in St Michael East, his political party, performing duties as a consummate automobile salesman, or more recently as an ordained minister of the church, Johnny left no doubt that he was blessed with a convincing tongue.

“In true Bajan terms, he could talk!” the Prime Minister said.

“Perhaps this gift flowed from the fact that he was not the typical lawyer-type politician of post-Independence Barbados, but resembled more the salt of the earth working-class urban residents he represented in Parliament for almost a decade.”

Lashley said Tudor was a great source of support and knowledge when he entered politics.

“Johnny was there by my side. In actual fact, I was a political neophyte, I had no idea what was really going on in politics at the time. Having recognised that, Johnny knew and took me up under his wings and when we had spot meetings or national meetings across the island, Johnny would not only introduce me but he would also encourage me. We had great times together,” he recalled.

Lashley praised Tudor’s contribution to politics, noting that he was a fierce, skilled debater and orator in the House of Assembly.

He said he particularly admired Tudor for freely serving others, adding that the former chairman of the Government Industrial School worked tirelessly on the behalf of the vulnerable.

“I will remember Johnny for his attention to the plight and causes of the disabled persons in Barbados…. He was passionate and he championed their cause,” Lashley said.

He expressed condolences to Tudor’s family and friends.

Tudor represented the constituency of St Michael East between 1991 and 1999. He was also well known as the Group Brand Manager of BMW and Mini at McEnearney Quality Inc. (SD)