Appeals for help at Salvation Army up but donations down
- by Anesta Henry June 22, 2022

The Salvation Army is reporting a significant increase in vulnerable persons requesting assistance for food, clothing and even shelter as they struggle to cope with the rise in the cost of living.
Divisional Business Manager Major Sherma Evelyn said in recent months, compared to this time last year, the Army has seen an influx of persons tapping into all the services offered at the Reed Street, St Michael charitable organisation.
The Salvation Army now has to turn away newcomers seeking shelter at its men’s hostel because the facility has reached its full capacity of 20 persons.
Evelyn said some people seeking assistance are crying out that they have no choice but to look for help as they struggle to make ends meet because they have been laid off or are currently only working two to three days per week.
“This time last year we had fed over 13 000 persons and right now we are at 14 903 persons. So that would tell you the kind of impact it is having on society. We are also seeing for our pantry programme, an increase again from 2 000 to 3 160 persons and they come monthly for us to assist them,” she said.
The business manager explained that while there has also been an increase in persons asking for assistance with clothing, there has been a decline in donations to the thrift shop in recent months. In fact, Evelyn said that when people do donate clothing and household items to the thrift shop, the items go quickly.
She is appealing to the public to donate clothing and other items to the shop. She explained that all the items in the thrift shop are not sold; rather some are donated, particularly to fire victims. Evelyn said a few weeks ago the army outfitted a young lady with clothing from the thrift shop in order for her to be able to attend an interview.
“We have had a number of people we have had to turn back because we don’t have clothing for them or their sizes. Some people want a bed, a stove, but we don’t have it. Some people aren’t donating as much as before. We are really in need and we have had persons that we have had to turn back because we don’t have no clothing for them. I know a number of persons who don’t have money to buy new clothes, we are appealing to the Barbados public for help. Whatever you have, once it is in good condition, we will take it,” she said.
Evelyn explained that the Salvation Army is continuing with its feeding programme and making the food “stretch” since the organisation is also not receiving as many donations as in previous years.
“We have been affected all around. You have people who donate monthly to the Salvation Army and if they used to donate $100, we have found that they are donating $50 now. So it has impacted us tremendously.
“People coming and having to turn them away, it is hard for us. It is really hard for us to turn people away but we have to turn them away when we don’t have. If we don’t have the clothing to put in the thrift store we can’t make the money, we can’t get money to restock our feeding programme and our pantry programme,” Evelyn said.
Recently, the Government announced that approximately 1 200 vulnerable households, including 200 families with disabled members, would receive support through a Government-led initiative to cope with the rising cost of living. Minister of People Empowerment and Elder Affairs Kirk Humphrey said that it will cost $30 million annually to run what he described as a comprehensive programme of assistance.
Evelyn commended Government’s move, and indicated that the programme means that 1 200 less families would be seeking assistance from Salvation Army.
“But it doesn’t mean that there wouldn’t be other persons who still would need. But as most Barbadians would know, we work hand-in-hand with the Welfare Department.
“So we are impacted in some way or the other. When they reach out to us and we can’t assist them then it leaves the persons vulnerable. And as you can see, when the persons become vulnerable then they become desperate. It impacts society at various levels.
“Even if we can’t give them everything, we try our best to make sure that they get something to at least sustain them. Like those persons who are homeless we make sure that they have a change of clothes, get a bath, and at least their bellies are full,” Major Evelyn said. ([email protected]) Minister of Labour and Social Partnership Relations Colin Jordan declared Tuesday that there is no comparison between the... 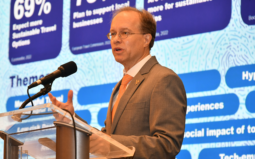