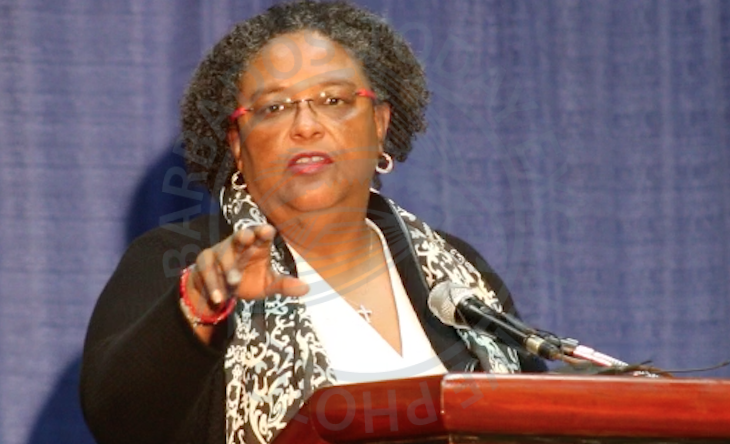 The Government intends to free up regulations for Barbadians to dip into more than $11 billion of their savings and invest it as equity in entrepreneurs.

Prime Minister Mia Mottley said a part of her administration’s growth strategy was to “mobilise domestic savings” and support the spread of ownership of assets to all citizens.

Mottley has indicated that several avenues were being created for Barbadians to invest their earnings instead of keeping them on bank and credit union accounts.

One of those measures would involve the Financial Services Commission (FSC) creating a regulatory regime to create new types of investment funds for small investors such as platforms for crowd financing and peer-to-peer lending, she said.

Mottley said’ “We believe we can supplement the work of the banks by ensuring that all Barbadians have the ability to participate, as investors, in these crowd-funding or peer-to-peer lending projects.”

In the coming weeks, Financial Services Commission (FSC) and the Barbados Stock Exchange (BSE) are to collaborate in creating “an innovation and growth market” for start-up companies with capitalisation of more than $200,000. At least 30 per cent of the ownership of those companies would be made available to investors.

The Prime Minister also announced that a new programme to allow for the “spreading of government assets” by allowing Barbadians to invest “small denominations” in various hotel projects including the Sam Lord’s Castle Wyndham and the Hilton Resort is to be implemented.

She said: “The truth is that the junior market has never taken root in this country largely because the rules in the junior market of the Barbados Stock Exchange have been overly restrictive, we need to revisit them.”

Government is also to introduce “green energy bonds” in an effort to attract individuals to invest and get returns on their investment through a coupon with respect to their electricity bill, she announced.

This plan, she said, was still in the very early planning stages and her administration would be working with the Barbados Light and Company to iron out the details.

During the Budget speech, Mottley had announced that a unit trust corporation would be established along the lines of a similar entity in Trinidad and Tobago.