Reigning Soca Monarch Mikey has released two new tunes so far for 2020 and he promises his fans “more will come”.

The artiste has not allowed the cancellation of Crop Over or the challenging COVID-19 period to deter him from releasing the music which was completed before the restrictions were implemented by Government.

Mikey told Bajan Vibes he teamed up with Jus D again this year to produce Independent Girl. “Jus D and I worked well last year with the track Wukking Friend so he sent me another riddim. When I heard it, I immediately knew the concept that I wanted to use. I discussed it briefly with him and by the next day he sent me a demo which was ‘right in the pocket’ as they say. So we made a few adjustments and recorded the vocals a few days later.”

As for Getting It Good, Mikey went next door to St Vincent for a regional flavour. “I was in discussion with Jamesy P (St Vincent) about another track I was working with him on and he sent me the demo for Getting It Good. From the time I heard it, I loved the energy, the music and especially the message. I recorded the vocals by Reddhead Records and Blood assisted me with the background vocals. The track was produced by Shadee (St Vincent).”

The former Sweet Soca, Party Monarch and Tune of the Crop winner said people were grateful that he still produced music even in the midst of the COVID crisis. “Many people reached out to me thanking me for still releasing music, especially with all that has been happening and especially the cancellation of Crop Over 2020.”

Since the music has been released, the entertainer said he has received nothing but positive feedback. “Independent Girl got a fair amount of attention straight away because it was a completely different style to anything I ever did. The ladies are truly loving it because many can identify with it and some have even called it their anthem. I really like how the track came out. It’s different for me but I love learning new things.”

He added: “Getting it Good has been getting fantastic feedback, both locally and internationally. The subject matter is very relevant, but not specific to what is going on right now.

“The masses are connecting to the feel good vibe and the message to be grateful, no matter your circumstance, because it could be a lot worse, so just give thanks and celebrate life. So many people told me the song has lifted their spirits tremendously. I just hope the songs continue to impact people in a positive way.”

Mikey has relied heavily on social media to push the music since there are no live events at this time. “The promotion of the songs has been through social media and music blasts so far. The lyric video of Getting It Good has definitely helped, because it has a fun vibe about it and lots of people find the concept of a ‘boney Mikey’ hilarious.”

A music video for Independent Girl is also in the works. “We’re currently working on the Independent Girl music video. The original shoot date was the day we officially went on lockdown, so we had no choice but to hold off. But everything happens for a reason, because we made some changes to the concept and we are happier with it now.”

Mikey assures that more music is coming: “More music will be coming, but later in the year, maybe a Christmas song or two as well.”

He added: “Music is the healing of the nation! During times like these, music can be used to lift the spirits of the people. Everyone has been practically under house arrest for about three months, so there is a demand for entertainment. It keeps us sane, we need the release. So even if online, we need the music and the entertainment to help us get through these challenging times.”

The singer said he was honoured to add his talent to the recently released This is Who We Are song commissioned by Prime Minister Mia Amor Mottley.

“The experience with This is Who We Are was definitely a different one because of the situation. It was done early in the lockdown, so I had to record the vocals at home. I am currently making some adjustments to my recording equipment so I had to learn how to record with my phone efficiently enough for the project. Was truly a learning experience. From the time I heard the demo, I felt the lift in my spirit so I knew it would be an exceptional project and I am truly honoured to be a part of it.”

The entertainer said he hopes this year’s cancellation of the national festival shows people just how important Crop Over is.

“When Crop Over was officially cancelled, although I was expecting it, it made me extremely sad. There is the obvious financial impact directly to me, as Crop Over is a peak time for earnings in Barbados, but also the residual impact the country will feel. Crop Over helps most, if not every business in some way, whether it be directly or indirectly.”

He continued: “It’s truly unfortunate but the safety of the Barbadian people is paramount. I am hoping this shows everyone how important Crop Over is to our country and more people would get involved in some way. For me, Crop Over is like a big reunion as well; I get to see some friends that I honestly only tend to see around this time, so I will definitely miss that this year.

“I will miss the general energy and vibe of the season and the opportunity to perform every night at numerous venues. I will actually miss being extremely tired.”

The former front singer with Soka Kartel and vocalist with G-Syndicate said while the restrictions and curfew period were challenging, he found ways to cope.

“I used the time to get some aspects of the business side of entertaining in order. I was working out a lot as well, but that slowed down in the last two to three weeks. It’s extremely hard training alone, inside. I started teaching myself to play the piano as well. Did some writing too but I haven’t recorded any of those tracks as yet. I won’t lie, it was extremely challenging, especially mentally, but keeping in touch with some positive people was extremely helpful.”

Mikey said the lockdown period taught him some invaluable lessons. “The main thing I learned was that I should try to live life a bit more, instead of working so much. It was amazing how quickly the world came to a halt. It also reminded me that everyone has a part to play and we should respect everyone.

“Just be nice, because you never know what the other person is going through. Help someone if you can, even if they wouldn’t ever be able to help you. Be that reminder that there are still good people in this world. Most importantly, it has shown me the amazing things we can do when we work together,” the soca monarch said. (IMC) 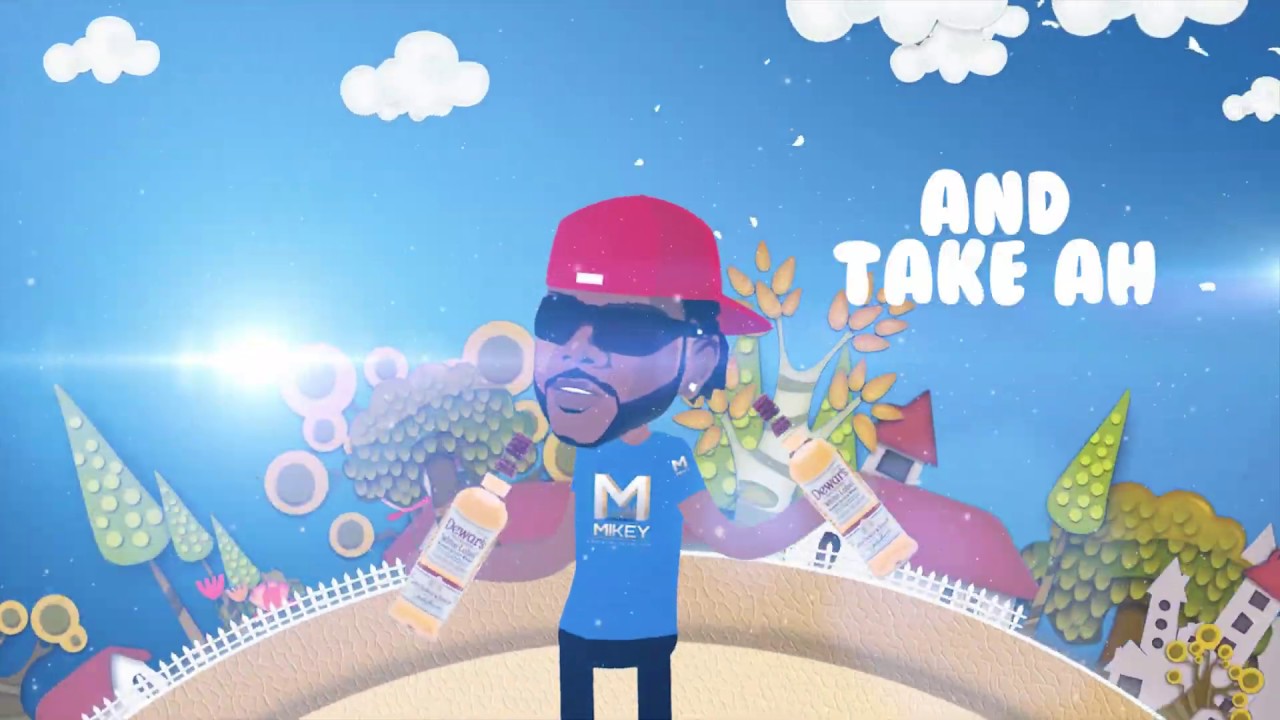