Shanice Taylor humbled after photo of Rihanna in her design hits Vogue website
- by Kobie Broomes May 16, 2021

Article by
Kobie Broomes
Published on
May 16, 2021

Taylor has been crocheting for just seven months but she has already achieved a goal that other designers have only dreamed of.

Hailing from Rihanna Drive, Bridgetown, St Michael, a stone’s throw away from the childhood home of international recording artiste Rihanna, Taylor has made a crochet piece worn by the superstar herself.

In an exclusive interview with Barbados TODAY, Taylor explained how she made it happen.

“It all started during quarantine when I approached Melissa [Rihanna’s best friend]. She usually comes and spends some time with my neighbours, so I just approached her one day and asked if she’d mind wearing one of my swimsuits and she said, ‘Sure.’”

Taylor said Melissa agreed. She then asked her if she could make a dress for her, which she did. She explained that the singer and her best friend were on the island when it was approaching Rihanna’s birthday so Melissa said she would give Taylor’s dress to Rihanna for her birthday.

The photo of Rihanna wearing Taylor’s design was featured on the Vogue website on Tuesday. “When it got posted I wasn’t even checking social media, one of my friends saw it and was like, ‘Shanice, Shanice this is the dress.’ I then got on social media and saw … To be honest, it was really surreal, I couldn’t even believe it myself because I never in a million years expected my dress to go so far,” she said.

She told Barbados TODAY that while still in shock over how it has blown up, she has gotten thousands of requests and has plans to continue crocheting.

“I hope it goes really far. I’m just going to keep doing it and hopefully it takes off from her,” she said. 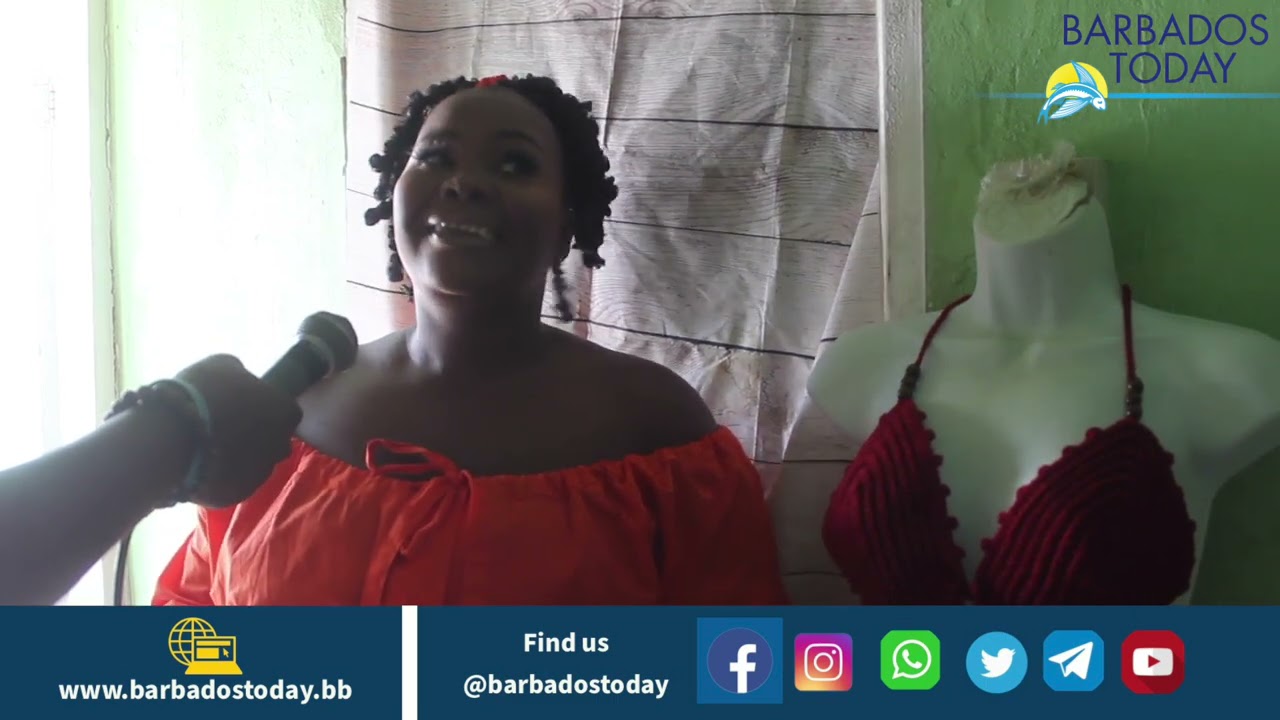