Young candidate wants to break up the devotion to two parties in Barbados
- by Kareem Smith January 11, 2022

A young, aspiring politician is attempting to break down decades of loyalty to the country’s two main political parties as he makes his bid for the Christ Church South constituency.

However, Don Leacock is simultaneously attempting to overcome negative publicity for disparaging social media comments about Prime Minister Mia Mottley more than three and a half years ago.

Leacock, 25, on Monday, said he was not convinced that the Barbados Labour Party’s 29-1 parliamentary majority is healthy for the existence of free and fair democracy.

The former Harrison College student explained that he opted to run as an independent candidate to challenge traditional mindsets around politics which, in his opinion, have been failing the masses.

“This two-party system is extremely corrupt and it needs to be dismantled and that’s the main reason why I’m running as an independent,” Leacock told Barbados TODAY.

“Why am I voting for the BLP because my mother voted for the BLP 20 years ago? Those people have already passed away and the new people may have different ideals,” the young man added.

Another reason for running as an independent, he explained, is his opposition to large campaign contributions from big businesses, which leave governments beholden when they take office.

Leacock is the son of former Director of Public Prosecutions (DPP) Charles Leacock.

Granted a partial scholarship after graduating sixth form, he pursued degrees in Accounting and International Business and Finance and Economics at the University of South Florida. Leacock, who works remotely with Ernst and Young is also a Certified Public Accountant with a licence to practice in Barbados, Bermuda and the United States of America.

If elected, he promised to quit his job to serve the constituency as he questioned incumbent MP Ralph Thorne’s commitment to the task.

“His priorities are elsewhere. He is trying to make big lawyer money like all big lawyers do and there’s nothing wrong with that. But don’t do it as the Member of Parliament for Christ Church South,” said the young professional.

Leacock’s bid, however, is not without controversy. In May 2018, days before PM Mottley took office, he questioned her morality in a highly offensive manner.

The comments, made on Twitter came back to haunt him, when one user posted his tweet and asked: “Is this still your view on PM Mottley?”

When asked in the interview about the statements, Leacock explained that it was made in his “youthful exuberance”, but that he deeply regretted it and has since changed his outlook.

“My world view since then has been opened, I’ve been able to live in two different countries. Since the time I would have authored that tweet I would’ve been able to interact with so many more people from all different beliefs, races, ethnicities and sexual preferences,” he said

“There’s never any excuse for making a comment on someone based strictly on their sexual preference and I believe in equality for all people,” he added.

In the meantime, Leacock is focusing on his community work, which included a debushing initiative in St Christopher that was followed by a “children’s mental health day” with jumping tents and other fun activities.

During the interview, he endorsed fellow independent candidate Brian Talma for his work with young people and his attempts to move them from street culture to ‘beach culture’.

But even more so, he noted that much of his inspiration comes from his father, who rose from humble beginnings in rural Guyana, to become the youngest attorney to serve as DPP in Barbados.

“He has been an extreme inspiration for me in my life. He has taught me stuff through stories and parables and through his actions. He didn’t need to teach me anything, because I saw him living a pure and conscious life every day. I’m just trying to make him proud.”
[email protected] 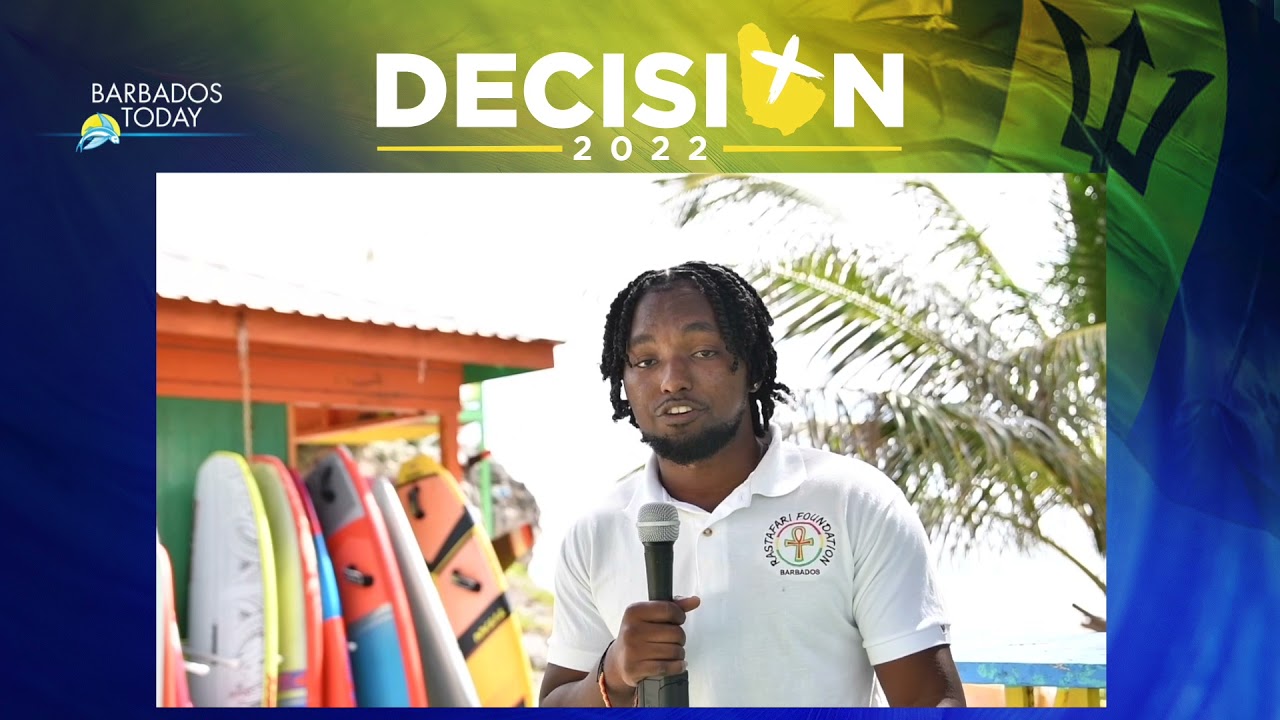