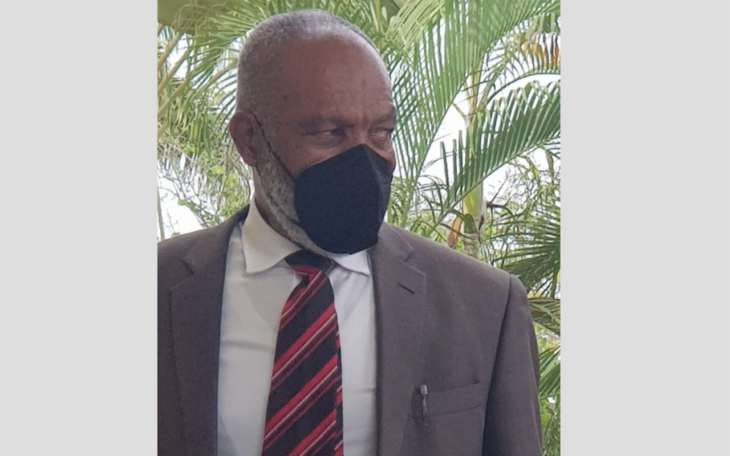 Lawyer accused of stealing client’s money says he intends to pay up
- by Fernella Wedderburn May 25, 2022

Article by
Fernella Wedderburn
Published on
May 25, 2022

An attorney accused of stealing more than half-million dollars has declared he plans to pay what he owes, as he insisted he never intended to deprive his client of his money.

Ernest Winston Jackman, who is charged with theft and money laundering, said on Tuesday that while he found himself in a situation where he “could not pay” his client the proceeds of the sale of a townhouse, he had made attempts to settle the outstanding debt and had already handed over half of what he is accused of stealing.

“In my mind, there was always the desire and effort to do what . . . I needed to do,” Jackman said in an unsworn statement before the jury in the No. 5 Supreme Court, adding that he regretted “the situation that occurred”.

“At this point in time, I have in process what I am hopeful and confident is a situation that would enable the right thing to be completed . . . irrespective of what happens, because I am not happy about it.”

John Huggins, who is the principal shareholder and managing director for HEJ Limited, previously told the court that he built five townhouses, one in which he resided and the other four he sold. He said he only received money from Jackman, who represented him in the transactions, for three of the properties. The fourth, he said, was sold on August 6, 2006 for $745 000 and he subsequently received $50 000 from Jackman after taking the matter before the Barbados Bar Association. Huggins said the lawyer had also given him three cheques but was unable to get any money from them.

However, Jackman on Tuesday said he had paid Huggins more than half of the sum allegedly stolen.

“Mr John Huggins produced three cheques to the court of different figures and this occurred because when I found myself in this situation where I could not pay Mr Huggins, Mr Huggins asked for interest to be paid . . . so I paid him interest on two occasions . . . pursuant to an agreement. I subsequently paid him over a period of time $390 000 and he accepted these payments. My intention was never to deprive Mr Huggins of his money,” Jackman told the court presided over by Madam Justice Pamela Beckles.

The embattled attorney, who turned up on Tuesday without any legal counsel, said efforts had also been made for an alternative method of payment to Huggins in order to settle the matter.

“There were several efforts to have that dealt with, one of which was a transfer pursuant to a discussion and an agreement for some land for Mr Huggins, but that was not completed because of the unavailability to secure a certificate of compliance. That did not stop me from trying to do what I had agreed with Mr Huggins that would be done.

Jackman said he regretted what had transpired.

“I told Mr Huggins that I regretted it. I apologised to him for the situation that occurred,” he told the court.

“I am not proud of it but, as I said, I just want it to be clearly understood that I never set out or had any intention to deprive Mr Huggins of his property.”

The accused lawyer did not call any witnesses to give evidence on his behalf, nor did he cross-examine the State’s witnesses.

The matter will continue on Thursday when Jackman addresses the jury with his closing statement. [email protected]