SOURCE: Daily Mail — King Charles III has invited the Prime Minister of St Vincent and the Grenadines to Balmoral for an audience as the Caribbean island nation considers dumping him as head of state.

The monarch was pictured smiling and shaking hands with Dr Ralph Gonsalves and his wife Eloise at the Aberdeenshire castle.

This comes after the island nation’s PM proposed a referendum asking if the monarch should be replaced with an appointed ‘executive president’ and the Earl and Countess of Wessex faced protests when they visited in April.

In July, Gonsalves told his country’s parliament that the vote would be an opportunity to ‘complete the national democratic task’ – after they gained their independence from the UK in 1979.

It is the PM’s second attempt for his country to become a republic in his 21 years in power.

In 2009, he backed a reform that would have seen a president installed but a referendum on the issue received only 43 per cent of support. 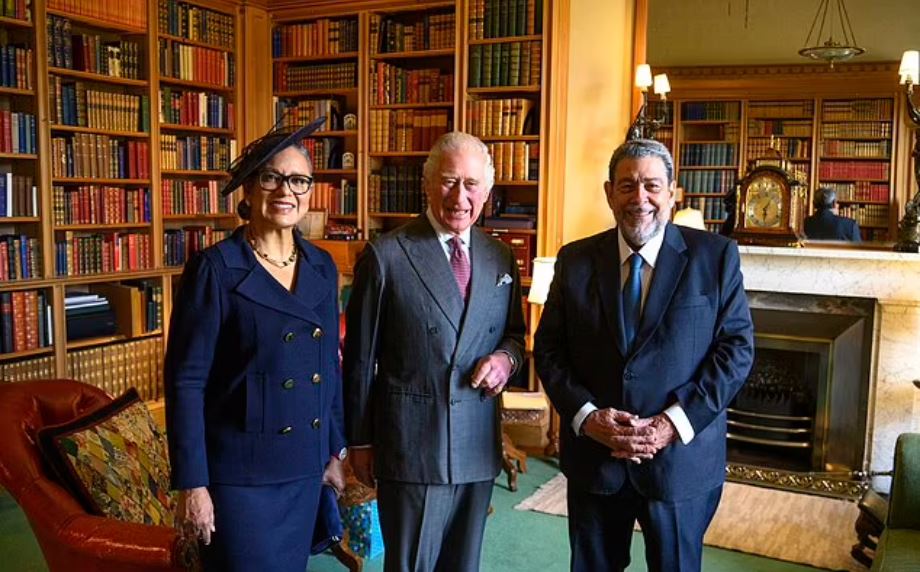 This was well below the two-thirds majority needed to pass, according to the country’s constitution.

But a repeat of the measure is reportedly more likely to succeed now because of the recent similar moves in the region.

When Prince Edward and Sophie Wessex visited St Vincent and the Grenadines in April, they were met with protests calling for reparations for British colonialism.

The demonstrators held up banners and signs reading ‘End to Colonialism’, Reparation Now’, ‘Down with Neo-colonialism’ and ‘Compensation Now’.

The potential move comes after the Bahamas removed the Queen as head of state last November, prior to her death. SOURCE : CMC: The Barbados-based Caribbean Institute for Meteorology and Hydrology (CIMH) Monday said that the first half of...