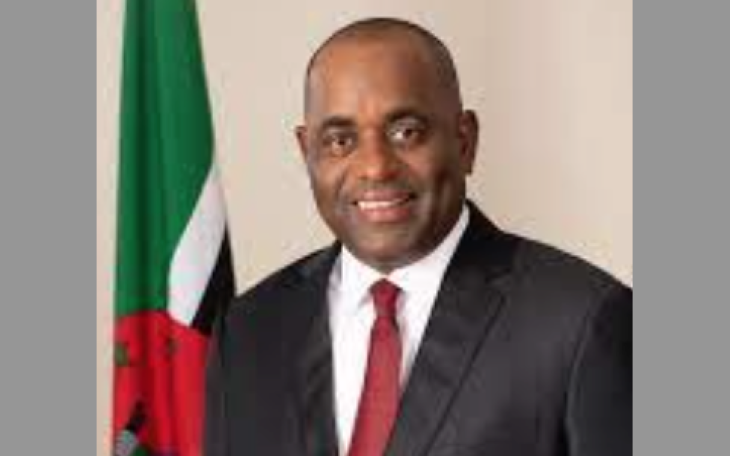 #BTColumn – Uncontested elections in the Caribbean: Lessons from Jamaica 1983
- by Barbados Today November 24, 2022

The reality of an uncontested election in Dominica was manifested on nomination day when only a few independent candidates presented themselves, with both the UWP and DFP holding to their proposed boycott of the December 6th election. The boycott and its implications for the legitimacy of the next government will emerge over the next few years; however, this analysis can be assisted by a reflection on one of the previous occasions when an election was boycotted in the Caribbean.

The 1983 Jamaica election shares much in common with the 2022 Dominica election in that it was called two-years early. In both instances, the opposition appears to have been unprepared to fight an election and boycotted on the grounds of an incomplete electoral reform process. Specifically, the PNP in Jamaica argued that the list was unclean and vulnerable to being corrupted. The UWP in Dominica now claims similar concerns, along with objections to the participation of overseas-based Dominicans and the absence of voter identification.

The substance of these claims will be considered shortly; however, the next Dominica government is likely to bear some similarity to the 1983-1989 Jamaica government and is therefore worthy of review. Attention is drawn to the embedded chart which identifies critical data points which highlight likely outcomes in Jamaica. The first and most important is the voter turnout which will be historically low. In both instances, the returning officer declared the winner on nomination day in constituencies where only one candidate was nominated. Since no votes were/will be cast in these areas, the national voter turnout is reported based only on contested constituencies and even then, it would be historically low since supporters of the main opposition had no candidate to support. Moreover, many supporters of the incumbent would also not feel compelled to participate in an election that was a foregone conclusion.

A comparative point that is also important is the observation that on the face of it, the Dominica election is still competitive, while the Jamaica election was not. In the Jamaica case 6 out of 60 constituencies were contested which meant that the JLP was victorious on nomination day. In this instance, 15 out of 21 constituencies are being contested which implies that a coalition of 15 victorious independent candidates could theoretically form a government and the election is therefore necessary. Moreover, the Jamaica case would have seen contest among 11% of the constituencies, while in Dominica 71% or more than two-thirds of constituencies will determine the shape of the next government there.

It is likely that Labour will prevail in all 15 remaining constituencies and therefore the issue of voter turnout will influence perceptions of legitimacy. In the case of Jamaica, the turnout was 29% based on an average of 4,424 in each constituency; however, the average turnout there was higher (81% nationally) before 1983, while the Dominican average more recently has been 54%. In such an environment, the turnout in contested constituencies is unlikely to rise above 20%, which translates to 900-odd voters in each of 15 constituencies. Arguably if this bar is achieved the election could be said to have achieved a sufficiently reasonable level of participation to reflect an acceptable level of public interest in these peculiar circumstances.

Voter statistics aside, the legitimacy of the next Dominican government is not likely to be threatened by the suggestion that it was not a free and fair election. Certinaly, the options were limited but not by virtue of anything that the governing party has done. Candidates were free to contest all constituencies and there is little evidence that persons were likely to have been prevented from voting for the candidate of their choice. The necessary ingredients for a free and fair election appear to be present; however, the opposition has claimed that the proverbial non-tariff barrier of electoral reform is an issue. In the case of Jamaica, the Seaga administration governed successfully for 5 full years in similar circumstances and there is every reason to believe that the next Dominica government will have a similar opportunity. Indeed, if we cast our minds back to 1979 it will be recalled that the NJM of Maurice Bishop in Grenada governed legitimately for 4 years, without even winning an election.

There is an unquestioned need for electoral reform in Dominica and perhaps equally elsewhere in the Caribbean; however, it does not follow that such reforms are keeping oppositions out of office or governments in office. In Dominica there is a presumption that a cleaned list and voter identification would create a level playing field for the UWP; however, the UWP has yet to prove that any single person who voted in the 2019 election was not qualified to vote, that any person impersonated a voter or that anyone voted more than once. Those among us who are familiar with the situation in other islands understand that the circumstances replicate themselves and in the case of St Kitts and Nevis, electoral reform succeeded in legislatively embracing the custom of overseas voting which is one of the UWP’s concerns.

Regrettably, the matter of Justice Byron’s independent review has emerged with the suggestion that this election has prevented his reform ideas from being enacted. The suggestion ignores the fact that his initiative is already several months behind schedule and presents a timeline for its conclusion and not the implementation of reforms which in the case of St Kitts and Nevis took more than a year. Dominica has not yet started to grapple with the technical issues such as re-registration or the issuance of identification cards. Moreover, the UWP opposition has already once rejected the legislative framework for the National Identification Card which now needs to be re-visited in a complex and tedious process. Notwithstanding, commentators have been speaking confidently about a reform process that could be concluded within six months which is highly unrealistic and using this as a basis to condemn the actions of PM Skerrit.

One can only hope that like the PNP in Jamaica the UWP will use this time outside of Parliament to reflect seriously on the way forward and mature politically so that it can offer the people of Dominica a serious political alternative. In the final analysis this is the major factor responsible for the uneven political playing field in Dominica. Portugal: Ronaldo did not threaten to leave

Cristiano Ronaldo did not threaten to leave Portugal’s World Cup camp due to a disagreement with Coach Fernando Santos.... Chanon Reifer-Belle has won the Under 1400 rating section of the Michael Forde Memorial chess tournament held from... United States basketball star Brittney Griner has been released in a prisoner swap with Russia in exchange for Viktor Bout, a... By Morissa Lindsay Combermere School stood out as overall winners with 295 points on the second and final day of the 2022... The Barbados Football Association continues to focus on the improvement of women’s football and coaching education with... A tough start for West Indies Making the most of Blackbelly sheep

Disclaimer: The views and opinions expressed by the author(s) do not represent the official position of Barbados TODAY. I beg...