Barbados’ expanding trade with Latin America has started to create some headaches for the Department of Commerce and Consumer Affairs, as that organisation is witnessing substantial breaches in standardization laws relating to labels in a foreign language.

This was revealed by Acting Director at the Department of Commerce and Consumer Affairs Bertram Johnson, who explained that the problem had become more pronounced since the latter part of 2018.

“We were challenged recently with persons importing produce that are labelled in a foreign language, particularly Spanish. This seems to be an emergence resulting from businesses getting more trade out of Latin America. We are finding a lot of these products now coming with the font and different varying labelling written in Spanish,” said Johnson, who noted that dual labelling is allowed provided that the display panel showing content, origin and ingredients, is in English.

He noted that this practice presented a serious danger to consumers, especially in food products, as persons may not be able to discern if the product has ingredients they may be allergic to.

Johnson revealed that Government has gone through great lengths to stamp out the problem, while at the same time trying not to hinder businesses from thriving.

Johnson added, “in the latter part of 2018 we had a great emergence of that problem, but the department and Ministry by extension was proactive in engaging the various private sector agencies that imported products into Barbados that were carrying those infractions. We also issued a public notice in the newspapers warning persons that this practice can carry a fine and imprisonment. We don’t want to go there because we are here to facilitate commerce, but we need persons to carry out their business legally and safely.”

He revealed that since their campaign, the problem has lessened but not eradicated and said more work still needs to be done to bring all agencies into conformity.

“It is under control right now. I can’t say that it has been removed entirely, but each day we are seeing less of the problem. We are still picking up one or two, but we are working assiduously to bring everyone into conformity,” he stressed. 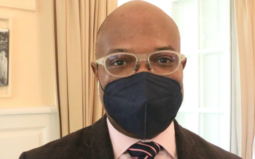 The Barbados Association of Professional Engineers (BAPE) is issuing a stern warning to authorities that unless urgent action...

Health officials prepared for any local case of monkeypox

The Infectious Disease Unit is prepared to manage any cases of monkeypox detected in Barbados. That assurance has come from...