Wesley Morris is constantly perfecting his artistry. That’s because his ultimate goal is to become the best. And while he has accomplished much since starting to play the violin at age seven, he continues to push himself in order to fulfil his dreams.

The Bajan violinist who is now studying Music Performance at the Berklee College in Boston, has his sights set on certain goals which he intends to achieve.

“I want to master my instrument hence [I’m] pursuing this degree. I’d like to get a better insight of the instrument and how the music industry flows. I want to be a producer and be able to record music for myself.

“I would also like to have my own space, my own studio, somewhere that musicians can come in and not be judged or pressured…  just come in and do their thing. I would want to be an inspiration to younger musicians… be that person they can come in and ask questions,” he told Bajan Vibes.

Wesley credits Arturo Tappin for playing integral role in helping him secure the scholarship at Berklee College, while he thanks Deryck Walcott for allowing him to be the recipient of the Christmas Jazz Award which is the partial scholarship to go to Berklee.

The former student of Milton Lynch Primary and The Lodge School also holds a degree in music from the Barbados Community College (BCC). Wesley started playing the violin at a young age but he is swift to confess that he felt it was a female instrument.

“I was introduced to the violin while I was still at Milton Lynch Primary. Joy Knight Lynch came to the school, and she started this violin programme within all the primary schools along with the National Cultural Foundation (NCF).

“When I first got handed the violin I thought it was a female instrument so the desire to play wasn’t really there. I was interested in music at the time because I was in the boys’ choir at primary school. I did my first exam a year later at age eight and got a Grade 1 violin. How it works is an examiner flies in from England from the Royal School of Music and he tests the children in a room. It was at Combermere at the time. I got a distinction in that exam. My teachers saw my potential, and they kept nurturing me. The music was fun at the time. But what kept me is that I started playing in church and I would have that encouragement.”

The 22-year-old said he has benefitted from the tutelage of Lynch who is the director of the National Youth Symphony Orchestra, her then assistant Stanfield Taylor, who still looks out for him up to this day, and Rodney Carter from the Royal Barbados Police Force Band. Other influences throughout his career are: Tappin, Walcott, Nicholas Brancker, Romario Greaves, Darien Bailey, Romari Welch, Roger Gittens, Akeem Burke, Petra Welch, Rayshad Selman and from overseas Sarah Caswell, Jason Anick and Regina Carter.

Wesley explained that it was a City concert which made him realise he could monetise his talent.

“At ten, I played in Heroes Square I think at the Choir Festival hosted by Mark Williams. I played for like five minutes and Mr Williams came and put a cheque in my hands afterwards. I was shocked because I wasn’t expecting to be paid. We hadn’t discussed payment or anything like that. That was the deciding factor for me. I was like you can get paid from doing this thing that you love.”

The entertainer hopes to one day master the playing of bass and keyboard. However, he believes that the key instrument any musician should know is the piano.

“Piano is mandatory for any musician to know because the piano has all the notes laid out in front of you, unlike other instruments where you don’t have markers saying this is A, B C or B flat. On piano, everything is laid out in front of you. So having that visual representation in your head and knowing it physically would help a musician take their skill to another level.

“It is mandatory to play it at Berklee. I just love to hear bass. When I hear people like Nicholas Brancker and Marcus Miller, those are inspirations to me. One instrument I would like to master is the bass,” he said.

“I don’t have a particular genre I like to perform. I try to be as versatile as possible. I like to play relatable music to the audience. When people hear the violin they are like, oh this going be classical, it is going to be boring. It depends on what the audience is looking for.”

The young artiste has an original piece which he created with Akeem Burke and Brad Griffith. It is posted on YouTube, although they don’t have a name for it.

“I am in the process of creating either an album or a single with my own music. I am working with Darien Bailey on future projects. I had plans for that when I was coming home in summer but with COVID-19 plans have been pushed back a bit. I am trying to restructure that whole plan of releasing music.

“I pray that my music does more than sound good to people. I hope that it touches people’s lives in a way that they never felt before. I strive to produce jazz fusion with that Caribbean heritage in it. I also incorporate stuff that I have learnt at Berklee… the different genres of music along with the different skills and techniques on my instrument.”

Wesley has performed at Jazz on The Water, Pan Fusion, We Gatherin’, the Swearing-In Ceremony of PM Mia Amor Mottley, Niki Jazz Festival and with Nicholas Brancker. He has also performed with bands Sugar Cane Jazz Blue and Graffiti. However, he confesses that his crowning morning, literally and figuratively, was performing for Prince Harry.

“I travelled with Arturo Tappin about four years ago, in 2016, to play for Prince Harry The Duke of Sussex when he did his royal tour in the Caribbean. We went to Antigua and performed for him at the Governor’s House. I was elated to be near such a significant figure and playing for him. But also playing with Arturo Tappin was of great significance as well.”

Wesley would like to see more local musicians performing overseas or getting an overseas experience in order to enhance their product.

“Barbados has so much talent. We need to get ourselves out there a lot more. [We should] get out of the Caribbean realm and move into the international realm, then take the knowledge and try to combine it with what we have. The music would go to another level. We need to get out of our comfort zone. We are too talented to just be home performing.”

If he wasn’t a musician, Wesley says he would be an architect. But for him, the same tenants apply no matter the career.

His advice: “If it is your passion and you feel that drive to pursue it 100 per cent, go after it. You have to be professional. You have to be on time and mannerly. You have to know how to talk to people and interact with people. You have to take your craft seriously. Just be you. Don’t let the fame cloud your judgement or change you from who you are. Remain humble.”

The musician is also into fitness, videography, photography, cutting hair, playing video games and socialising with friends. He especially enjoys watching movies or series and hanging out with his girlfriend.

“Family, friends and loved ones matter most to me. My mum Cheryl-Ann Morris and dad William Morris, both grandmothers Elva Morris and Ianthe Bynoe, my cousins and friend… Those are the people that mean the most. Once they are good, I am good,” Wesley affirms. (IMC) 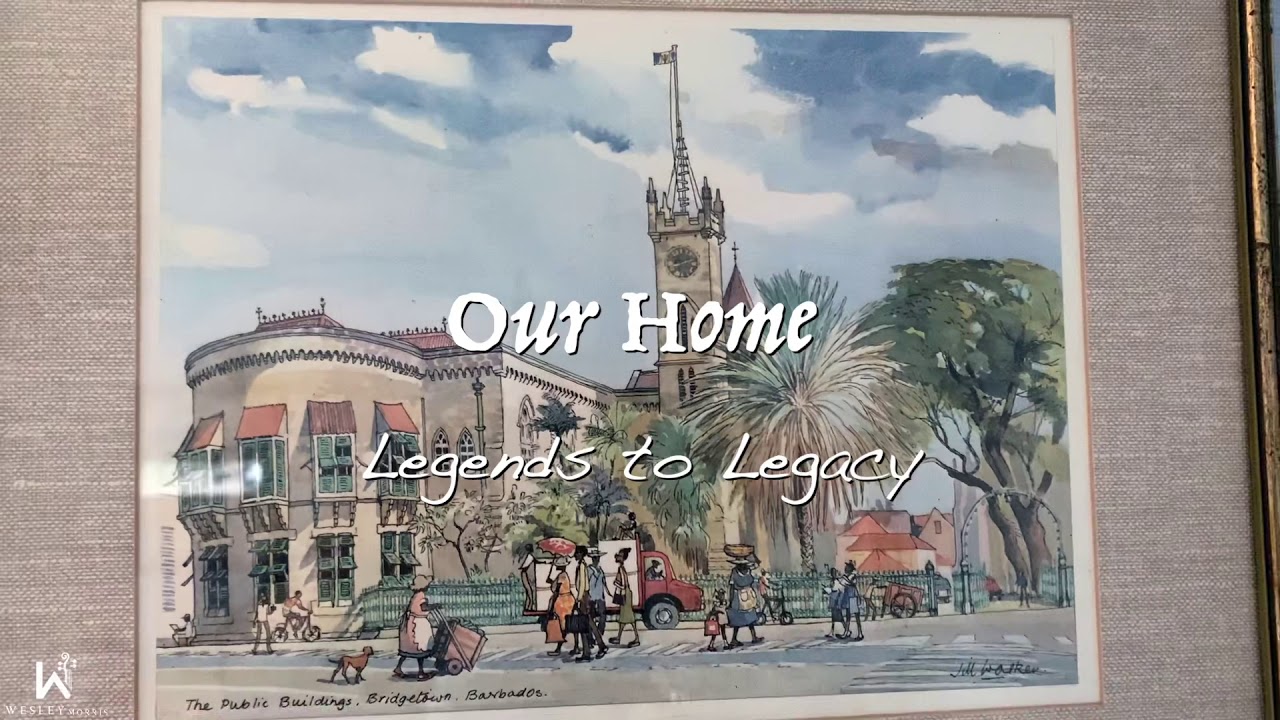