The song was written by Krisirie, Willie Stewart and Handel Tucker. It was recorded at Stewart’s On The Beat Studio in South Florida and Tucker is on piano. Stewart is a former band member of the renowned reggae band Third World and Tucker’s musician and production credits include work with Beres Hammond, Maxi Priest, and many more.

The 24-year-old told Bajan Vibes, during an exclusive interview, that the “depressing” news of the day is what first drove her to pen parts of the song. An introduction was made by Arturo Tappin, and in a happenstance moment the song was created.

“I was watching the news one evening, and I felt emotionally drained from everything that I saw. I just remember feeling helpless at the time and in the midst of these emotions, the first few words of the song came to my heart; ‘I can’t turn on the news anymore because it pulls me into depression’ and after writing the first few lines of the song in my journal, I then closed the book.

She added: “A few days later I received a call from Arturo Tappin and he said there’s someone he would like me to meet and potentially work with in Florida and it just so happened I already had a flight booked to Miami.”

Krisirie said there was no prior plan or intention to write the lyrically strong and melodic song. It just happened.

“Two week later, I was in the studio with music legends Willie Stewart and Handel Tucker in South Florida. We didn’t plan to write a song when we met but Handel was playing the keyboard at the time and I expressed that I had an idea we could work on. Once we began, the music and lyrics flowed effortlessly resulting in the message being much greater than any of us.”

She continued: “It was truly a surreal moment in the studio while we surrendered to the divine creative process. We finished the song quite quickly. I like to say the song wrote itself. Throughout the last few years, I wanted to re-record the vocals, because sometimes sitting with a song for so long you find things you want to fix. The recording you hear is the only vocal take I sang on the mic. It carried this pure and sincere emotion. I wasn’t thinking, I was just feeling, so we kept the first take.”

The timing of the release of the song was just as divine. Krisirie explained: “A couple months ago, one night after I was watching the news during the peak of COVID chaos [I was] feeling deeply concerned for our world. I unexpectedly received a call from Willie, and he said Kristen, ‘the people need to hear the song’, and I said yes let it fly. It was as though I was reliving the moment when I first wrote the song.”

And although the COVID-19 restrictions were in place, it did not pose a huge challenge to the execution of the project. “Shooting the music video during COVID restrictions wasn’t as challenging as you would think. We stuck to the protocols, wore masks and did what we had to do. My creative team on this visual is Shane Eastmond, Tiyesha Martin, Tolga Ackcyli, Eden Gibson and my mother Suzanne! Everyone was so committed and dedicated to getting the video done,” the singer said.

The young performer said she has been getting “genuine and positive feedback from everyone from different places all over the world”.

“This record has really resonated with the people and that brings me joy and peace. Truthfully, while we were writing Return To Love, I didn’t fully understand what was taking place. I was young, 19 years old! Years later, after being released, it has reminded me that even then, I was a vessel for a message that the world needed to hear and be reminded of. It’s about returning to what sustains us as humanity and what always wins – love.”

Krisirie said the global pandemic period has reinforced the need for love and humanity at this time.

“Even more during this time, I’ve really understood that we have everything we need on earth, and mama earth never decides one day to stop providing for us. I learnt that love is abundance and fear is operating from a place of scarcity. I’ve also learnt even more how resilient the human spirit is and that we truly long for connection and love but certain things have been set in place to divide.”

The former student of The St. Michael School holds an Associate Degree in music from the Barbados Community College (BCC). Her intention is to continue her journey as a musician, artiste, and creative entrepreneur. There is no other career that would bring her the satisfaction the arts do.

Krisirie told Bajan Vibes that her love and appreciation of music was heavily influenced by her dad Chris and his choice of music. Her dad plays a vital role in making her dream come true.

“I was around eight years old when I started to sing and write songs. I still have the journal I used to write in. I remember always writing songs about the stars and the ocean, and that really hasn’t changed. I grew up listening to various styles of music but reggae was the constant. My dad, Chris, always had artistes like Beres Hammond, Bob and Third World playing in the house and car. I think this was embedded in my subconscious from young.”

While she enjoyed the music and singing at family gatherings, it was only when she was a teen that she mustered up enough courage to sing in front of the entire school hall.

“Singing has always lifted my spirit and I’ve always enjoyed singing for people. I was that child at family gatherings that would sing and entertain everyone. It wasn’t until I was 14 years old at high school that I felt both inspired and motivated to sing in front of everyone for morning assembly.”

Krisirie, whose goals are to make and share great music, build a loyal audience, and tour the world, pointed out the moment she decided to pursue a career in music.

“A long-time friend of mine, Marina, who went to school with me at the time, encouraged me to do it. It wasn’t until I finished my CXCs and graduated that I had to make a decision on where I was going next. That was the moment I decided I am to pursue this career path, so I enrolled at the Barbados Community College and studied music and voice for two years. While I was there, I really began to understand my craft and shape myself as an artiste. I’m super grateful for those times.”

There will be more music from Krisirie this year and she is looking forward to sharing it. In the meantime, she has some words of encouragement for those who may want to take this path but may be reluctant to do so.

“Study your craft and keep learning. It’s okay to explore and experiment with music and art. It’s within this exploration that you find your unique flair. Also, you don’t have to confine yourself to one thing. You’ll be surprised at the number of skills you can develop,” the artiste said. (IMC) 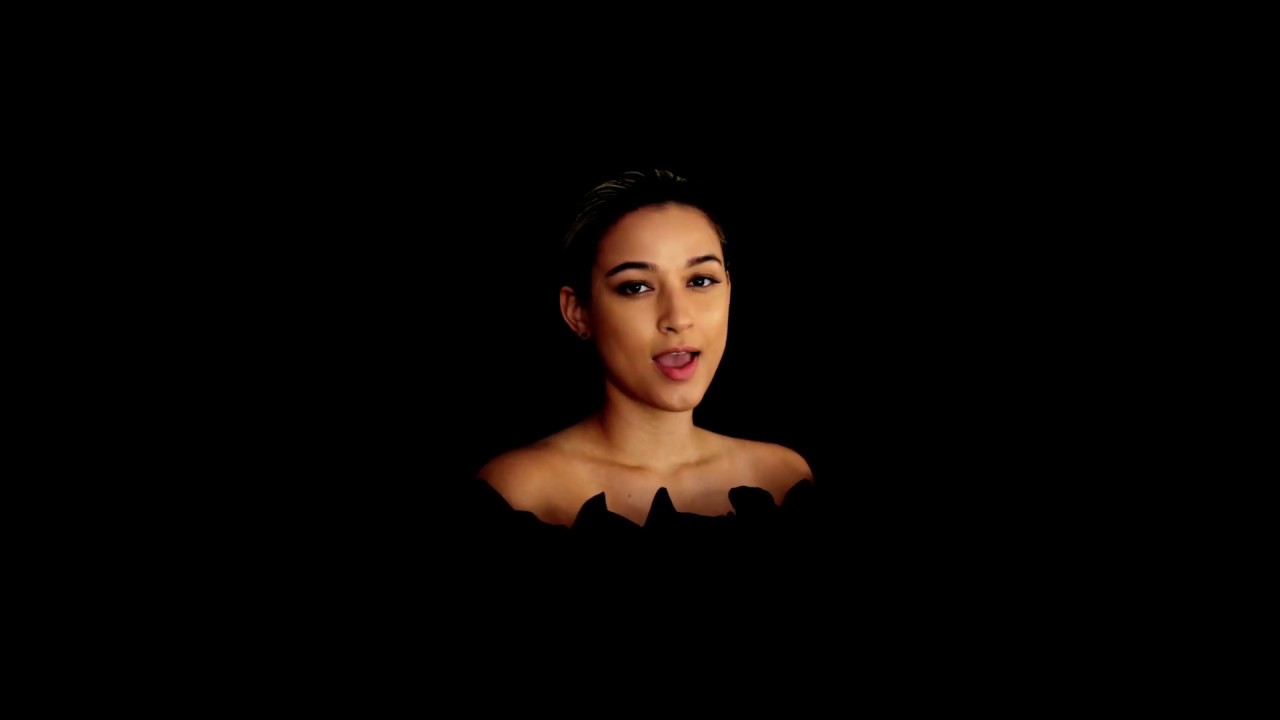