Harrowing tales of people waiting out furious lightning, booming thunder and heavy showers as gusty winds peeled off roofs during Thursday’s freak event, gripped Prime Minister Mia Mottley, members of her Cabinet and other personnel as they ventured out for a first-hand look at the grim impact.

From Orange Hill, St James to Bayfield in St Philip, Mottley surveyed the scattered damaged possessions of affected Barbadians, assuring those she engaged that they would receive a helping hand.

At Zores Land, St John, Grantley Trebble had no choice but to escape from the dwelling he had only occupied just ten days ago.

“At about 1:30 in the morning, I was woken up to the lightning in the morning and I could hear a very loud noise. So I came around to see what was going on and I entered into this bedroom just over here, at which point the glass doors that were there came loose, hit me, flung me into the wall as I was seeing the roof ripping off above me.

“I decided that was all I could rationally take and jumped in my car and as I was driving away I got hit by two other pieces of galvanize. I basically waited out the storm on top of the hill by the St John Parish Church until the morning,” he recalled.

Trebble is optimistic that once he gets help with material, he can rebuild in no time.

Further across in St John, in the community of Glenburnie, Matthew Mayers said the events of the wee hours of Thursday morning were terrifying.

Mayers, who lives alone, also lost his roof to the relentless winds.

“It started about minutes after 1’clock.…I got up to look for a cloth to cover the TV and went to the bathroom. When I done use the bathroom and wash my hands, I come and lay back down in the bed and wrap up and quick so, in the split of a second, I heard ‘padax, padax, padax’. When I look at the ceiling, there was a big hole in the first bedroom. All I could do is go to the front house there and mek it through til morning,” he said.

At Bayfield, St Philip, the home of Valarie Evelyn became a haven for families in the surprise weather event.

Not only did she go to the rescue of her mother-in-law Isalene Mason, but neighbours as well.

Mason was awakened by a granddaughter just before losing her roof which caused further damage in the community.

Evelyn recounted: “When the roof came off, it flew over a couple of houses but it hit the pole and the pole broke in half. It landed, I guess, in the back yard about three houses away but when Light and Power turned back on the electricity, the pole started sparking. Everybody was scared because we could hear how hard it was…and then when it was sparking it was lighting up the entire neighbourhood.”

As a result, another family was forced to take refuge at Evelyn’s residence and she is prepared to host them until they can return to their homes.

She urged Barbadians to reach out to those who need help.

“It is something that I have never experienced before. Everybody needs to live good together because you never know when you are going to need help,” Evelyn said. (SD) 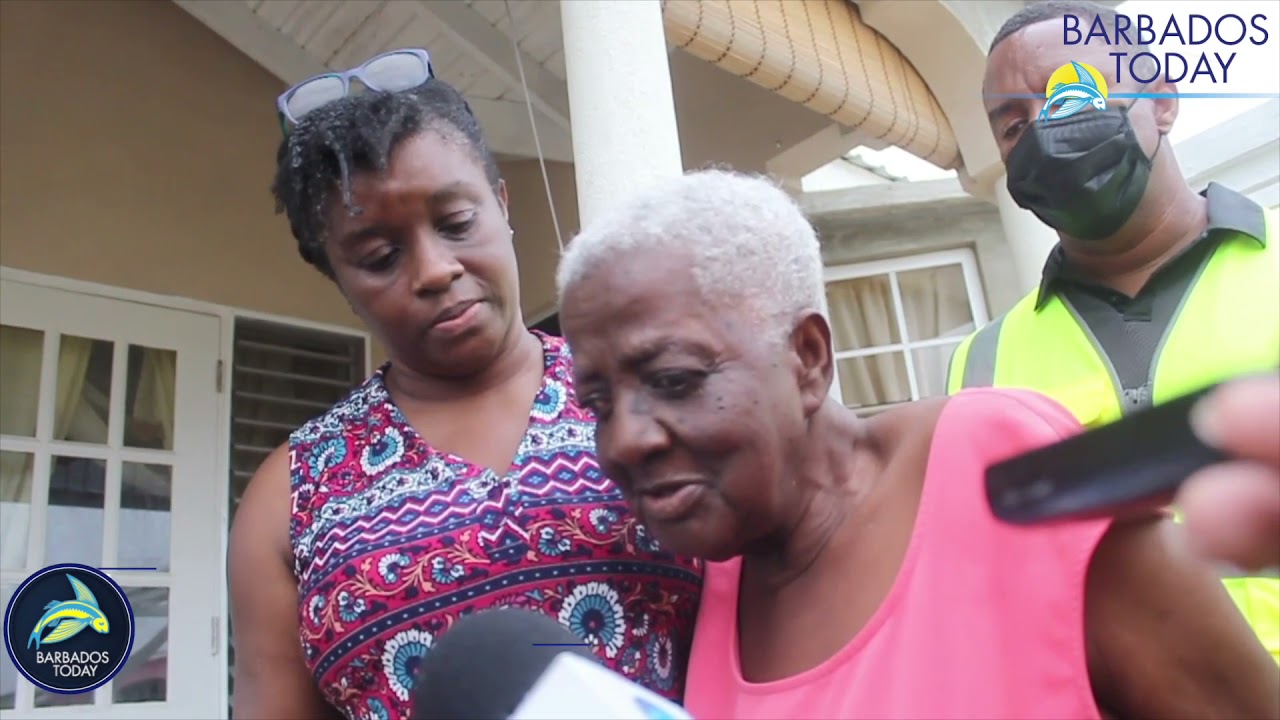