Barbados has a new National Hero
- by Kareem Smith November 30, 2021

In a surprise announcement at the republic transition ceremony, Prime Minister Mia Mottley declared that it was her government’s judgment that it was appropriate to send a strong signal to the world.

“Just as within one mile of this space from Bridgetown there is a national hero by the name of the Right Excellent Sir Garfield St Auburn Sobers, born of humble origins, but capable of capturing the imagination of the world by being the greatest of all time in cricket that we too have on the other side of Bridgetown, born less than one mile from here too and from humble origins, catching a ZR from Combermere School,” said Mottley.

“But above all else, commanding that imagination of the world through the pursuit of excellence, with her creativity, her discipline and above all else, her extraordinary commitment to the land of her birth, pursuant to clause B of the schedule. And, having satisfied that Ambassador Robyn Rihanna Fenty has given service to Barbados which has been exemplified by visionary and pioneering leadership, extraordinary achievement and the attainment of the highest excellence that is redounded to the honour of Barbados, my Government has the distinct honour of recommending to the president, who has kindly and graciously accepted that Ambassador Robyn Rihanna Fenty tomorrow morning shall have conferred upon her the order of National Hero of Barbados,” the Prime Minister added.

Mottley noted that in addition to Rihanna, many nominations came in for new national heroes that will also be installed by National Heroes Day next year. (KS) 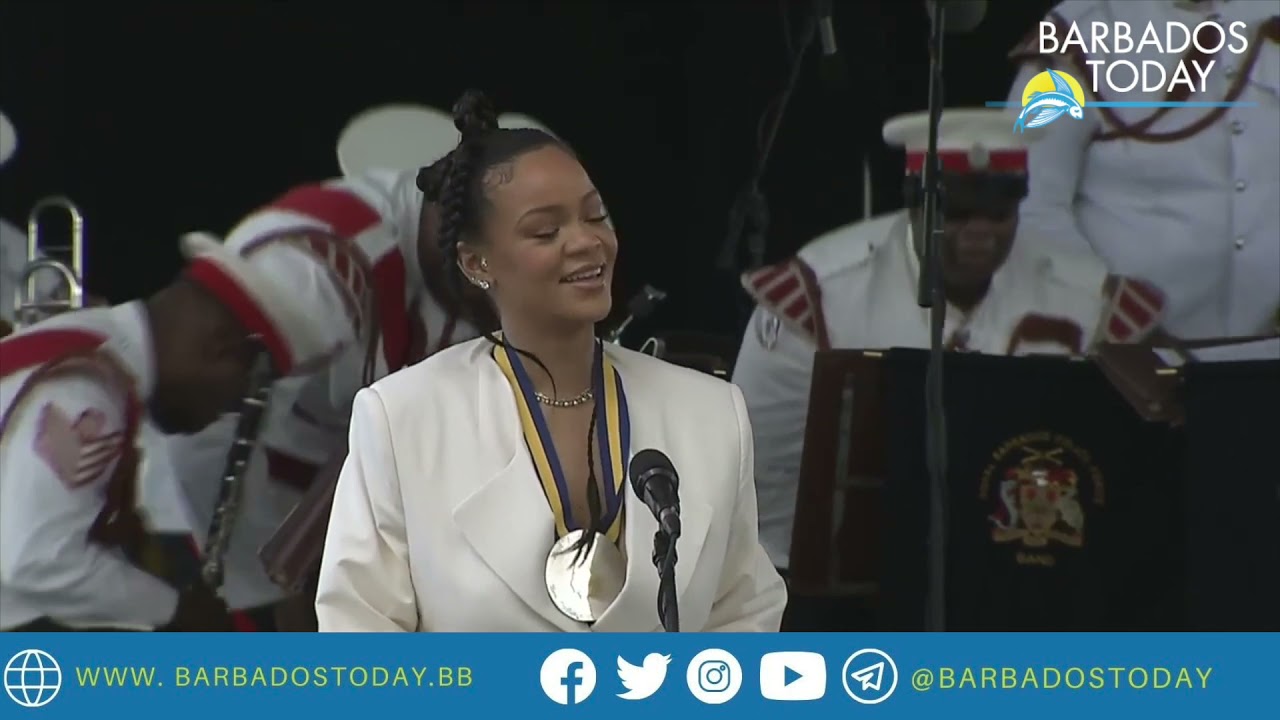